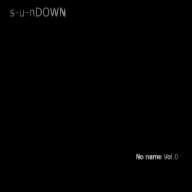 http://www.electronemitter.net/
http://www.electronemitter.net/releases/s-u-ndown-no-name-vol0/
Catalogue - EEM057
s-u-nDOWN is a project of one person who decided to reflect his reality, dreams and emotions through notes, sonorics and atonal sounds.
The album "No name Vol .0" was written almost 5 years ago, under the pseudonym Nick tre [Kory] di, and since then it has been gathering dust on the "shelves of the hard disk". The record did not reach a wide audience and the only possible listener is the person who was the author closest, at that time, to the author. The archive with the album was simply sent by e-mail after the break in communication.
The album reflects the experience of the break and the time lost. The first title of the album was Nick tre [Kory] di - "Muse".
Over the years, the album "breathed" fresh air and became the starting point of the project - "s -u -n DоWN". the album got the name: "No name Vol .0"

Uploaded by Electron Emitter on August 20, 2020